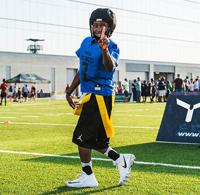 What is Flex Football? Flex Football is a transitional game that offers a realistic football experience at all levels. Strategically designed to fit right in the middle of flag and tackle, Flex football is a year around, 9 on 9, non-impact style of football created by former NFL players.
More FAQ

How is it played? 9 v 9 on a smaller field. 3 down linemen, 5 eligible receivers & a QB on offense. Along with 7 skill players and 2 D-Ends of defense. Traditional point values and first downs. Blocking and blitzing allowed but limited per our rules that are focused on safety and development of the player.

Why are former NFL Players promoting Flex Football? Flex Football, powered by Rocksolid, is authentic to football. Our team is made of up ex-NFL athletes and those who want to see our sport thrive at a time when the future of football seems uncertain. Our nationwide growth and expansion in the flag and tackle markets soon made it apparent that there was a void between the two that needed to be addressed on multiple fronts. Flex Football bridges the gap between flag and tackle for the first time. Flex is inspired by the NFL’s approach to practice, where for years, pro teams have utilized our soft-shell pads – allowing for high-tempo, low-impact, assignment and scheme focused practices. Based on these principles, Flex Football is the ideal experience to develop true football fundamentals. The value likes in the development of advanced football skills while keeping the head out of the game.

How will Flex Football provide a “player progression” through the sport? Flag players are lacking the fundamental skills needed to safely and comfortably transition to tackle football and tackle players are unnecessarily exposed to dangerous situations by starting tackle at an early age. Flex Football adds to the overall experience of the youth athlete by offering another fun way to be introduced to the sport or to continue developing skills year-round.

Why is there padding involved if there is no tackling? NFL teams regularly wear our soft-shell protection system year-round to eliminate repetitive sub-concussive blows, while continuing to get better at their craft. Using that concept, we are creating an opportunity for young athletes to work on the fundamental football skills, including blocking at the line of scrimmage, down field blocking and even bump and run coverage on the outside.

Won’t kids want to tackle since they have pads? Our rules and your coaches will not allow that to happen. Furthermore, introducing soft-shell shoulder pads and soft-shell helmets at a young age helps establish and promote that padding, whether hard-shell of soft-shell is not made to be used as a “weapon”. Having athletes reenforce the fundamental breaking down and pulling a flag or two hand touch with gear on, Flex Football will be instilling a natural path to proper tackling technique when the athlete returns to tackle football or is ready to start tackle football for the 1st time.

How was the rule book designed? Our Flex Football rule book was designed by former NFL players, specifically with our youth’s development in mind. We incorporated rules that promote the development of crucial skills. For example, we allow, but limit, the amount of blitzing, so that multiple positions can develop skills needed in all forms of football. Blockers need to block and a young developing QB needs to feel a safe amount of pressure to step up and make a throw successfully. Various point of emphasis were incorporated into our rule book to help the young athlete build a football foundation.

What football foundation does Flex build? The value lies in the development of advanced football skills, while keeping the head out of the game. It develops skills like run and pass blocking, pass rush, defeating blocks, bump and run / press coverage, wide receiver releases, QB passing mechanics with gear on, running and catching with gear on, breaking down while approaching the ball carrier.

Football season is here. Why are you introducing Flex now? Football is in the air! We are starting with fall Flex pilot programs in strategic markets in order to refine and evaluate every detail of Flex Football. We are targeting a mid-January 2018 national launch for Flex Football to be played in tackle football’s “offseason.” 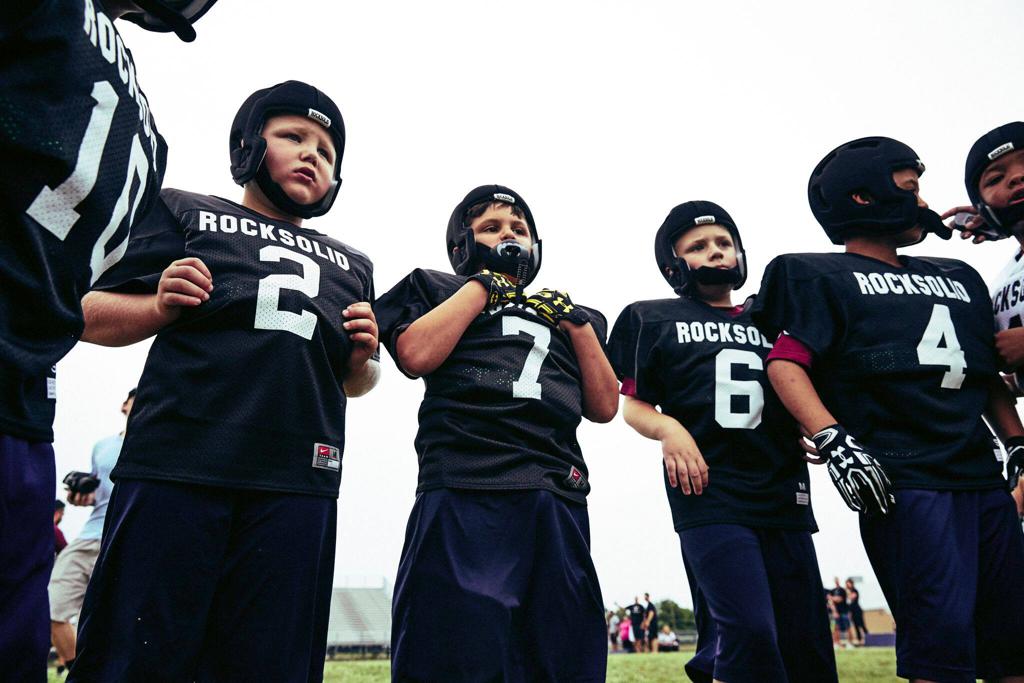 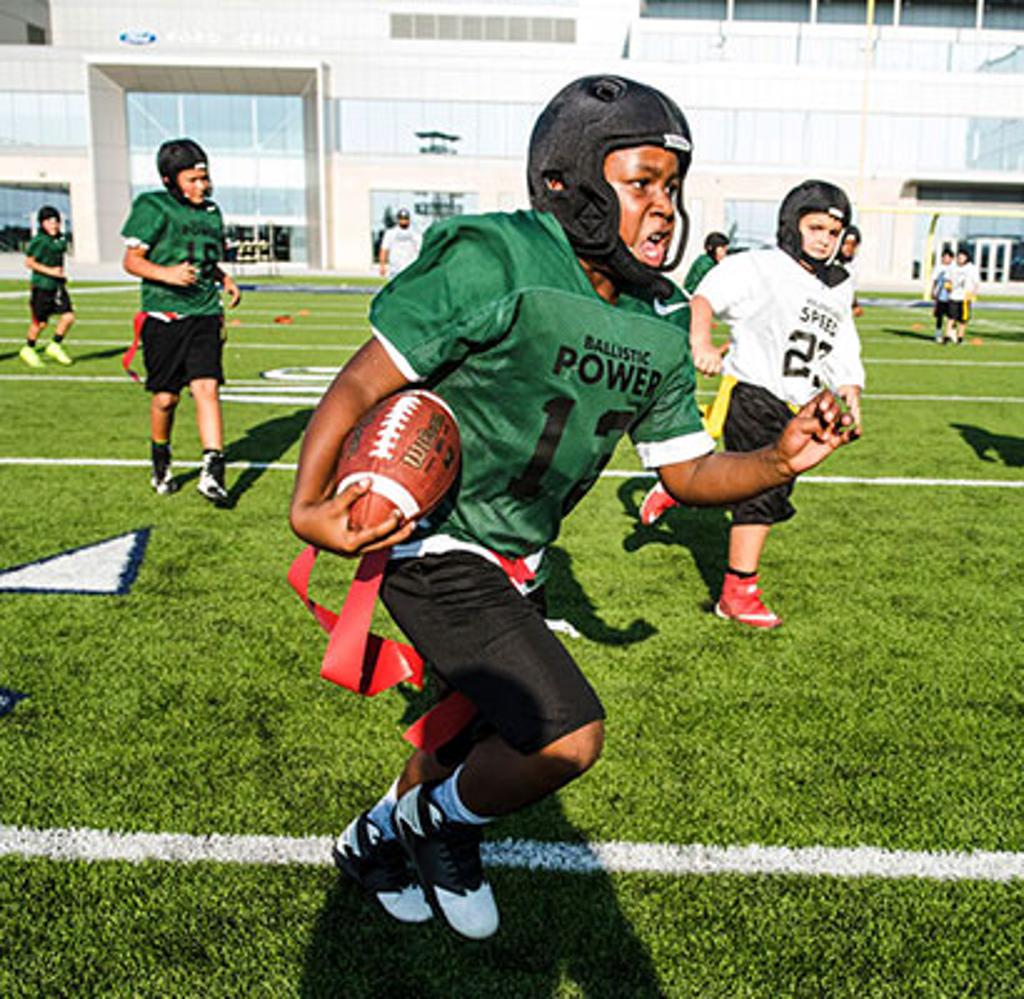 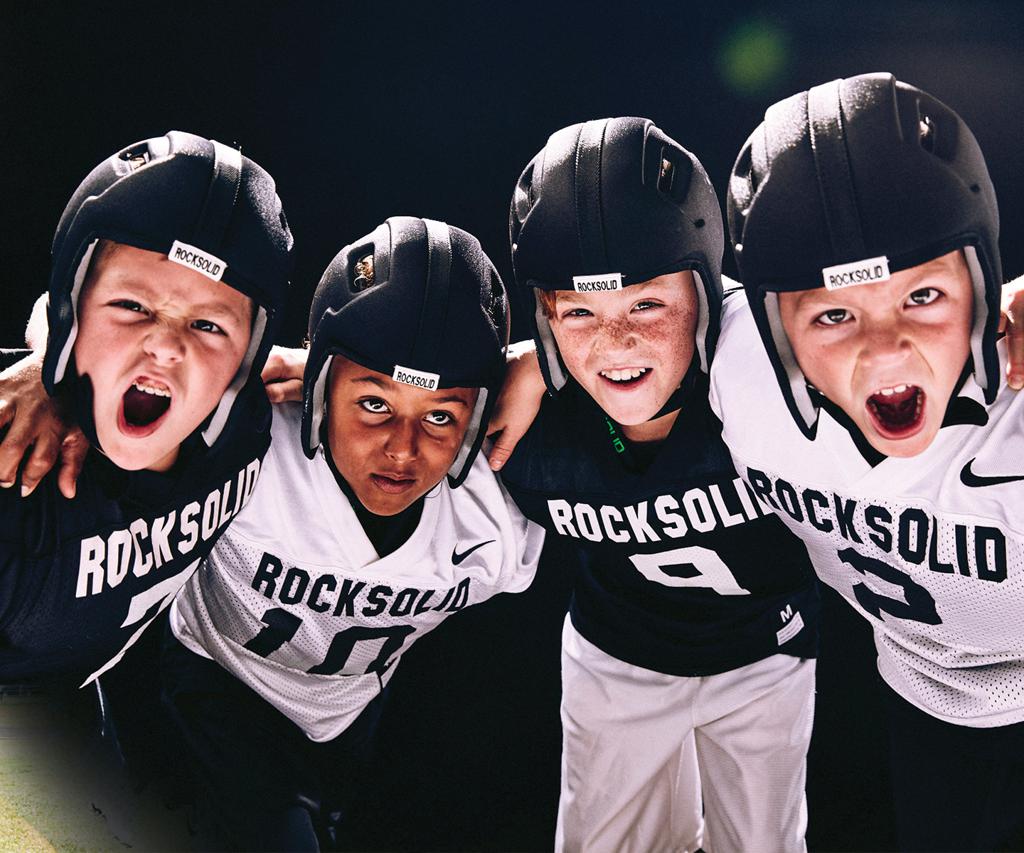